EA Checks Up On WC3 Cast

Electronic Arts has published a Where Are They Now? feature on the actors of Wing Commander 3. It doesn't actually give you as much information as simply browsing all of the actors' pages from IMDB would, but it's a little bit amazing that EA's Origin is publishing articles on The Heart of the Tiger in 2014. It would have been hard to imagine such a thing half a dozen years ago. Although we know this kind of recent news and activity isn't necessarily what Wingnuts have been hoping for, we find it encouraging that EA and other companies are at least showing an interest in the series again after a number of quiet years. If you haven't done so already, be sure to grab WC3 On The House by this coming Tuesday!

Wing Commander 3: Heart of the Tiger holds a special place in the hearts of gamers. Developed during the early 90s when full-motion cutscenes were still in vogue, the game boasted a cast of recognizable actors who have made their mark in the public consciousness. And because Wing Commander 3 is On the House until September 16, you can see them strut their stuff against a green screen by downloading it for free! Clearly, this game made the careers of these well-known names, but what are they up to these days? 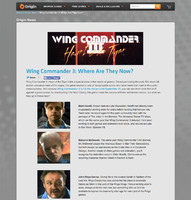 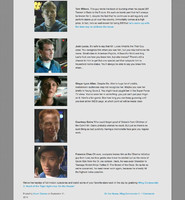