Happy 16th Birthday everyone! We've had another exciting year. On top of the full DOS game lineup finally being added to GOG, Electronic Arts got back into the game with several Wing Commander additions to their Origin service - they're even heavily promoting WC3 as their August 'On the House' freebie! Everyone also pulled together to Kickstart a live recording of orchestra Wing Commander music that should come to fruition in the months ahead. What we've heard so far is absolutely fantastic, and this should wow Wingnuts everywhere when it's finally ready. Due to illness, weddings and other events out of our control, not all of the items we had planned for today are quite ready to show off. Despite being slightly short staffed, the team has pulled together to put together some neat stuff for you today, and the net effect is just that we'll have even more cool features to share in the near future! We hope you enjoy what we've got here - Happy Birthday all!

Listen to Wing Commander in Concert!

Since the conclusion of George Oldziey's successful Kickstarter earlier this year, he's been working to prepare Wing Commander tracks for live recording with a full orchestra. Austinites got a special preview of this album last month when a medley was performed live by the Austin Symphony in front of a huge Fourth of July audience. Shocked (and lucky!) Wing Commander fans lit up twitter with positive reviews, and some were even able to record it. And now we're excited to share this wonderful compilation with you! Download it here (25 meg m4a AAC format).

Last year the Holovids section was revamped so that the inline videos would work without third-party plugins in any up to date browser, on desktop or mobile. This involved re-encoding the bulk of our videos to formats that can be played by HTML5-capable browsers. Notably, the massive Wing Commander 3 movie index was still using the old Flash technology.

We're happy to report that all the Wing Commander 3 videos (including many "lost" scenes that were dropped from the PC version!) have been converted fresh from the highest quality source currently available: the Playstation port. While the videos are still relatively low resolution, the improved compression techniques and higher color depth of the Playstation version means a very noticeable improvement in quality. The comprehensive movie index includes every video you might encounter during a complete playthrough of Wing Commander 3 on PC. The lost scenes section has additional videos that only appear in the Playstation or 3DO versions. 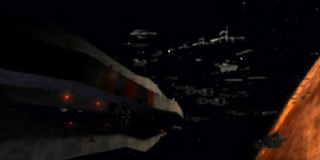 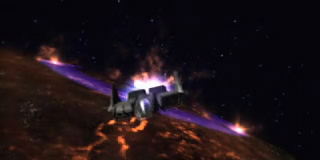 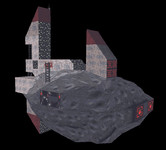 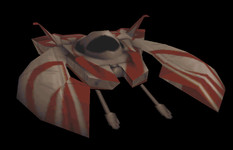 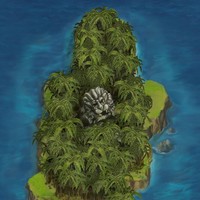 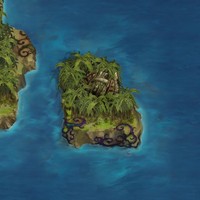 LOAF's amazing wife, Alexis Lesnick, baked us an amazing cake this year! The frosting looks great and I love the bright candles. Really wish I was down in Santa Monica to try it! 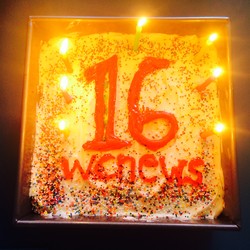 Through the CIC's Mediawiki, staff and fans have been collecting a massive amount of background information on all the Wing Commander products in existence. If you're a new player who's just (re-)discovered the series through Good Old Games or Origin, those wiki pages can be a little overwhelming. Our series background section aims to provide more of a primer for people who need the basic history of a core product, or some quick links to a piece of documentation or walkthrough. Parts of the section will be extended with better imagery and additional information in the near future, but for now, the background section will hopefully help many new players on their way.

LeHah went through some extra effort to bring us a lost gem from 1996. While going through some of his stuff he recently came across a relic of his youth. I'll let him pick up the tale from there:

I happened to wake up around midnight the night before this interview in 1996. The DJ said how excited he was that MARK HAMILL ... Luke Skywalker! ... was going to be in the studio for the morning show. Expecting some Star Wars news, I dug out an old cassette and recorded this.

Mastered in brilliant mono from a 25 year old cassette tape from a boom box with bad reception circa 1996 and transferred with IPhone's Voice Recorder, you too can enjoy this only sort-of interesting interview with Mark Hamill the day before his WC4 signing event at the New York Virgin Megastore.

You can download the interview here (mp3) or here (ogg) format. The interview runs about 9 minutes and the Wing Commander bits begin about 1 minute and 40 seconds in.

The guys at the excellent looking Flat Universe project have put together a special video for today's anniversary celebrations! Check it out below.

Hi guys, This is a small present for the coming WC CIC party! (and a chance to show off the hangar we prepare for the game along with some in-game models by Klavs ;))

Tales of the Claw Teased

Klavs has been slowly teasing his video animation project 'Tales of the Claw' since it was announced a year ago. Today, he's gifted us the first look at his gorgeous ships in motion. Klavs describes 'Tales of the Claw' as a "series of short animated films retelling some events aboard the TCS Tiger's Claw."

As many of you know, at the start of each Wing Commander year we ask our visitors how long they've been following the website. Are you a new fan, perhaps drawn in by the GOG/Origin re-releases, or have you been with us since the Wing Commander Home Sector days? As you can see from previous polls, the majority of our visitors are dedicated, long-time fans, but we continue to draw in fresh blood each year!

Our previous poll asked about your favorite gun loadout in Privateer. Wing Commander fans proved to be a predictable bunch, with an absolute majority (55%) preferring the Tachyon over all other types. The slow but hard-hitting Plasma Gun ranked second with just 9% of the vote. The trusty Laser received the fewest votes, just behind the mediocre (but fairly expensive) Particle Cannon.

And that's a wrap! Or is it? Like we mentioned up top, a few items didn't quite make it in time for today's celebrations, so look forward to some more nifty Wing Commander goodness in the days ahead. We can't say enough how much we appreciate everyone's devotion to the Wing Commander community. It's not just the hundreds of people modding games, creating art, leading RPGs and so forth - all of those people are motivated to do so by the thousands of fans that stay in the loop and encourage this activity. Meanwhile, all this excitement is showing everyone that there are still Wingnuts out there craving more. The powers that be are taking notice, and the best is yet to come!