centaurianmudpig has further refined his section of Shotglass' bar aboard the Tiger's Claw. The biggest improvement is in chair modeling, which is actually pretty important. It's bad enough to see them empty - you wouldn't want them to be ugly too! The next update will start to feature textures on some of these surfaces. 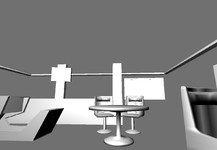 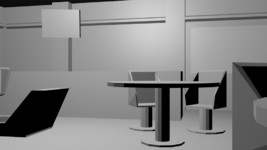 I've spent several hours working on the chair and managed to improve it. I tried to use a bezier curve but had to abandon that idea. Fortunately there is a Smooth Shading option, which I hadn't been aware of before. It has some flaws but represents 6 hours worth of blood, sweat and plenty of mistakes.

Next up, I'll try and add some textures to the chair and table. 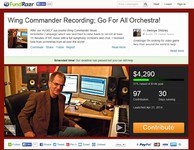