AD noticed a really interesting detail in a promotional picture of the Wing Commander Movie that's been floating around for some time. It shows David Warner portraying Admiral Tolwyn in the film. Upon closer inspection, AD points out that Tolwyn's hand isn't just waving in the air. It appears to be accepting back his heirloom academy ring from Blair's gloved hand. In the final cut of the movie, Paladin is carrying around the handy trinket and uses it to convince Captain Sansky of his lofty connections. It's pictured again on Sansky's desk and again later on his finger during the Tiger Claw's jump sequence and ambush. And apparently in an earlier version of the film, Blair was to give it back. You can read more about the ring's backstory here. 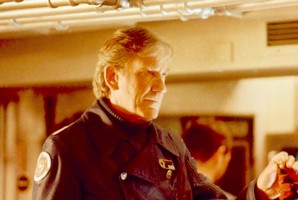 Sansky reached into his breast pocket and produced the decoded disc. "So, I ask you, Mr. Taggart, what proof do you have that this is authentic?"

Taggart reached into his inner vest pocket and withdrew a small, shiny object. He tossed it to Sansky, who caught and quickly examined it. Between his fingers rested a gold class ring, its surfaces worn, its emerald dull. Sansky held it to the holograph's light and read the inscription: Annapolis Naval Academy, 1941. He closed his now-trembling hand over the ring and stared incredulously at Taggart. "How did you get this?"

Swearing under his breath, Gerald watched Taggart plug numbers into the computer for a moment, then moved close to Sansky, out of Taggart's earshot. "Sir. This ring means nothing." He returned the antique to Sansky. "You shouldn't—"

"This ring has been in Tolwyn's family for sixteen generations. Any man who carries it has the admiral's full confidence."

"If it's real—which it may not be—then I can't believe Tolwyn gave it to a civilian."

"Believe it. He's done it before. This is the ring. And you have your orders. Prepare for jump."

As Gerald saluted and left, Sansky watched Taggart, wishing he could see past the man's mysteries. Sansky kept his own secrets carefully stowed, but he guessed that Taggart's cache far exceeded his. So be it. Life had become far more interesting. And dangerous. 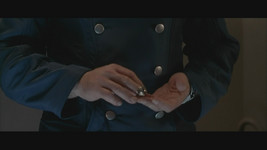 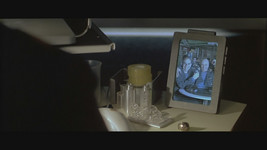