Hopefully this attractive cast of characters is familiar to you - they're the faces of Tiger's Claw heroes in Super Wing Commander! We've mentioned this Mac/3DO port many times over the years, so even if most Wingnuts haven't played it, they recognize the general look and feel. Some have questioned why the Asian characters look so white, why Shotglass is suddenly black and even why Paladin is sporting an eye patch... but the real question is, what's up with with their hair? It's not just that Iceman has transformed into a striking blonde. Half of our pilots are sporting some funky shaved lines on the sides of their head. The answer to this is revealed on the last page of SWC's Claw Marks (8 MB PDF). For the most part, Aaron Allston's original text is faithfully reproduced, but a final chapter was added that explains this fashion trend as a way to memorialize lost loved ones. That sure beats "they never existed!" But I still prefer Tchéky Karyo's Taggart. 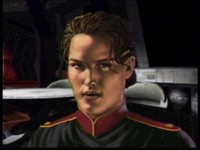 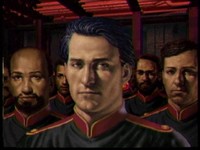 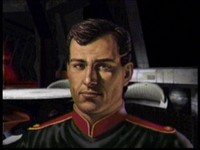 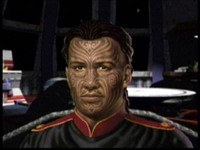 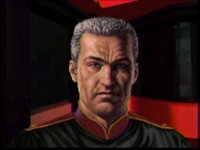 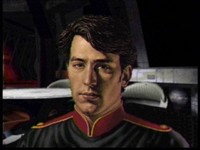 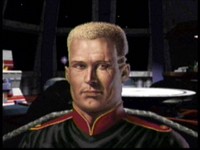 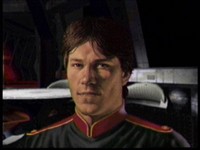 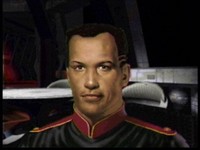 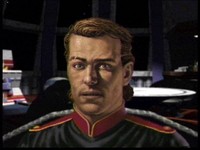 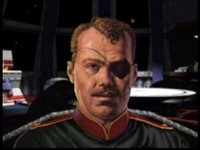 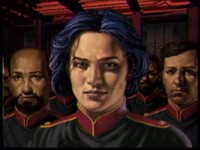 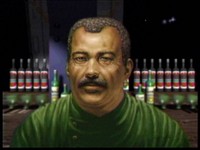 9: A Shaving Off the Old Block

No matter what profession, everyone’s involved in the war ... doctors heal the injured, hydroponic farmers feed the masses, laborers construct new ships and people everywhere lend a hand. Still, the sobering facts remain. Families are wrenched apart as they cross the line from life to death. Wingmen are lost during battle. Friends never come home.

This war isn’t easy on anyone, especially for those who lose loved ones. Still, we’re all finding ways to remember what we’re fighting for.

For example, you may notice a change in some of your comrades’ hairstyles as the war progresses. In memory of family members who have died for our cause, many Confederation pilots are carving ‘memorial shaves’ into their temples. Vowing to keep the bald streaks bare until the war ends, they’re choosing to remember their loved ones by continuing the fight against the Empire.

So next time you see a newly shaven comrade, offer your condolences. And, be sure to count your blessings.