Roberts Space Industries has been steadily shipping out Star Citizen cards to people who pledged in last year's crowd funding campaign. A handful of Wingnuts have gotten theirs inscribed with Wing Commander-themed names. The award for best card goes to Toast, who pledged at the bronze level and therefore received one with the credentials of Colonel Christopher Blair! Bob McDob comes in a very close second with a gold Vice Admiral Mr. Kat! My platinum card is a simple CIC plug, and Tyrranus spotted the green one. Does anyone else have an awesome Wing Commanderific card to share? 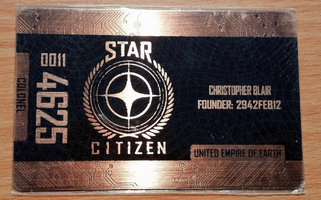 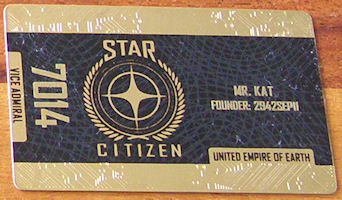 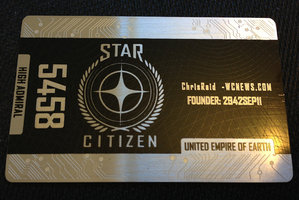 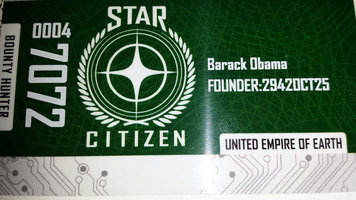 If I'd had more money it would have been nice to get a few more, but good 'ol Player 1 was in reach, so there it is!