Here's another look at Whiplash's handcrafted Hellcat. The first shot shows a heart breaking image of the model split into its component pieces, but the deconstruction is for a good cause! Whiplash has already stripped and started to reshape the fuselage in order to conform to his recreated blueprints, so the retrofit ship will be more accurate than ever. All the effort being put into this would make Douglas Aerospace proud! 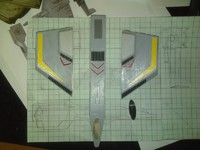 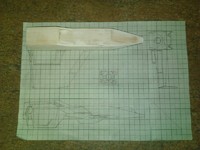 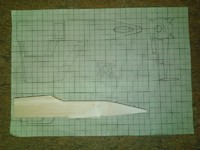 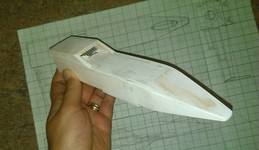 I should be able to build around the current fuselage, but the wings are so out of shape compared to where they should be, I might as well make new ones. I'll think that one over for a bit longer though.

It's been a fairly productive week. The rebuilt fuselage is coming along very nicely. I've been cutting, shaping, sanding and polishing a lot! Here are a few shots of my progress.

The shape looks much, much better when compared to the cinematic shots now. I'm very confident that I'm on the right track. The fit and finish is also of a higher standard than I was able to achieve when I first built this ship. Lots of work to do yet, but so far, so good.

With the help of a persistent LOAF, GOG has updated its cover art for Strike Commander. It now uses authentic art rather than an F-16 mockup. Strike Commander takes place in the futuristic world of 2011, far from the front lines with the Kilrathi, but that beautiful 'Commander' logo always looks great. The GOG edition of the game comes with some great extras, including the strategy guide and Tactical Operations expansion pack. It also includes the Sudden Death manual, which was a major inspiration for Wing Commander Arena's Star*Soldier.

Twenty-two years after the fall of the Soviet Union, the world has become embroiled in a series of conflicts centered around an ever-dwindling resource: oil. Mankind’s hopes for world peace lie battered and broken. Take command of Stern’s Wildcats, an elite squadron of mercs trying to fly straight in a world of deceit and violence. Engage rival merc squadrons, third world dictators, and the armies of the dreaded IRS. In a world gone mad, there’s plenty of room to fly, all that’s required is the cash.

Strike Commander puts you in the best place to witness fast-paced dogfighting action: the pilot’s seat. Fly high as you take on over 60 missions, each more challenging than the last in your top-of the-line F16 squadron piloted by the best crew in the business (operational success rate of 86%). Strike Commander is a classic flight combat sim where a pilot is only as good as his, or her, last flight. Fly to survive and survive to fly, in this modern-day action-oriented jet fighter combat simulation!