Catch Up on Privateer 3 Lore

Ready Up has posted an article about how much they'd like to see Privateer 3. We can certainly appreciate the sentiment, and the nostalgic trip back to the "Wild West" of DOS games is a good road to go down. It's also a good opportunity to clear up a couple things and share some little-known info. While praising the story sequences of Privateer 2 (and ragging on the gameplay), the article's author asks the reader to only imagine what Electronic Arts could do with the property. Here's where we'd point out that the all-star cast of P2 - along with that of Wing Commanders 3, 4 and Prophecy - were all made possible by EA's deep pockets. Origin was acquired in the early '90s and even published the original Privateer. They also had Privateer 3 and Privateer Online in work at different points in time. You can read more about the cancelled P3 game here, here or here and all throughout our news archives.

Privateer was a mind-blowing game (for 1993). It wasn’t about highscores, or completing it quickly, it was about exploration. The game was truly an open-ended masterpiece – arguably more so than many today – as technically you could play the entire game without doing a single main story mission, and the adventure did not lack from it.

You were a lone pilot, with a small spacecraft, trying to make his way in the Universe. Want to master intergalactic human-trafficking? Supply water to distant thirsty worlds? Escort freighters across dangerous asteroid fields? All options are as equal as the last. It was your game to play, as you saw fit.

I think that a Privateer game, especially on consoles, which gives the player nothing but a spaceship, a protagonist, and a whole lot of space and planets to explore/destroy/help/pillage/shoot giant death lasers at/introduce to Skrillex would be pretty fantastic. I’ve been left in wanting for many years, and there’s just no excuse for it any more. 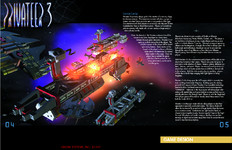 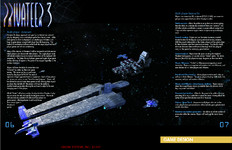 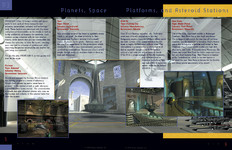