Here's some new shots of a Wake class escort carrier's flight deck from Deathsnake. The setting is being arranged for the Enigma 2666 mod, but it could wind its way up in Last Line of Defense as well. The perspective on the third shot is meant to evoke familiar scenes from the Tarawa's hangar bay in the novel End Run. It's claustrophobic, but intense as well. There's also some exterior shots of the ship, although they're in a much more preliminary stage at this point. 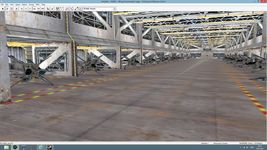 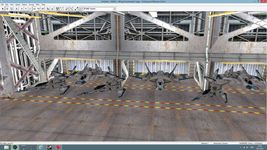 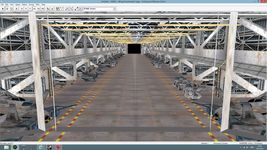 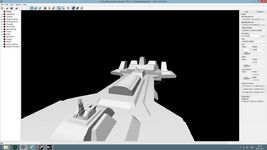 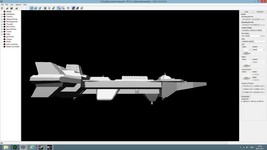 In the third pic you see the view like Jason has over the flight deck. I was not happy with the design early and read the novel a few times to learn about it and the complement of fighters. All 3 Squadrons (15 each) fit here. Some Rapier/Sabres in the bays, some in front (special Ferrets for a quick launch). I can even put the 9 Spartan Class Marine Transports on the deck, but then it's very very full. Or dock 8 of them on top of the hangar (docking points done).

Outside the ship, I used Scooby's 4 barrel in a bigger size as the Heavy Neutron Gun in front. The Harrier Class from Saga forms the tower for the Wake. Engines and turrets are also done. Some parts needs an overworking as the ship is still WIP.