A busy year in the Wing Commander community has come to a close, so it's time for another annual tradition. The CIC Web Site & Fan Project of the Year contests help to recognize the numerous contributions of our fellow Wingnuts. Below is a list of major undertakings that made an impact in 2012, although it's certainly not an exhaustive list of all the incredible things that fans accomplished over the past year. On to the nominees! 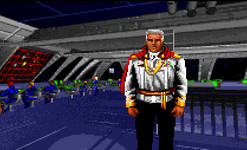