Donations have been pouring into Star Citizen through the main RSI page and Kickstarter. The total yesterday passed $3.6 and later climbed to $3.7 million, unlocking additional systems and asteroid bases. Over the last 12 hours, activity has continued to be very high. The pledge total broke $3.9 million earlier today and is rapidly approaching $4 million.

Images from the Tal and Geddon systems

Hitting the $3.8 million stretch goal unlocked another star system, Tal, and a bonus ship, the Aegis Retaliator heavy bomber. Familiarize yourself with the Retaliator over at RSI.

The Retaliator is the United Earth Empire’s premiere, if aging, jump-capable heavy bomber. Massive formations of these spacecraft running long-range strike missions is not an uncommon site around the fringes of the empire. With a distinctive elongated silhouette that is dotted with turrets and carrying a massive bomb load, the Retaliator is an effective symbol of Imperial might.

The Geggdon System was unveiled earlier today when the pledge total crossed $3.9 million. Along with the system update, RSI is asking fans which design they prefer for the Freelancer ship. Be sure to look the designs over and cast your vote! 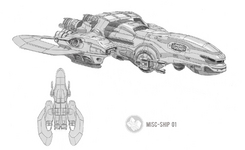 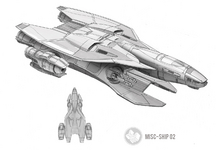 The two options for the Freelancer

Supporters over at Kickstarter just met another stretch goal and fans can now read up on the Origin M50. It's an interceptor/racer model that is sure to turn heads. RSI is also promising a special gift to the person who pushes the pledge total over $4 million.

Now it’s time for the march to $4 million… and we’re offering a great prize to the person who crosses the line for us: Mr. or Mrs. $4 Million will get signed Constellation concept art, a free upgrade to the next pledge tier and the FIRST ORIGIN M50 Interceptor off the assembly line in the finished game!