Here we have Ellen Guon and Stephen Beeman's original script/pitch for "Wing Commander II: Cloak and Dagger," written in November 1990 shortly after the release of the first game. It's Vengeance of the Kilrathi, for sure, but it's Vengeance of the Kilrathi writ large... with many more elaborate scenes and ideas that didn't make it to the finished game. There are too many highlights to list, so let me just mention this: players get to watch a reporter talking about the state of the war between missions... a reporter that Tolwyn eventually punches in the face!

We apologize for the quality of the three Wing Commander 2 documents. We're hoping to have proper scans (or typed versions) available soon. But they're too cool to wait for! 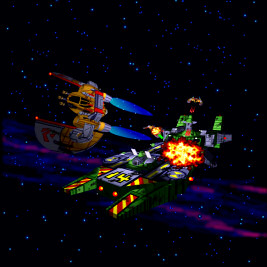