Our Glasses Are Always Half Full

One Wing Commander prop I always craved were the glasses we see being used in the TCS Victory and TCS Lexington's Rec Rooms. After Wing Commander IV, I remember being in 8th grade and writing a letter to the Origin offices asking about getting one of these glasses. I never did hear back from them, but today I can take the word of Pix that they are nice glasses.

I always thought these looked like blue plastic in the game but it is real glass and a lot better looking in real life than I was expecting. I vaguely recall there being plenty of them on the bar set but I’ve no idea if any have survived outside of those 3.

Check out the full story over at Pix's Origin Adventures.

The CIC produced their own glasses a few years back as well. So I wasn't the only one who desired to raise a glass for the Confederation! 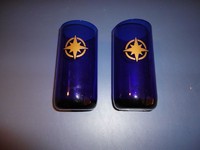 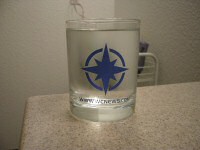