Today's update is the last in our WC vs History series around the Battle of Midway. This last article compares the TCS Midway and USS Midway.

Last month I attended a military history conference just outside Washington, D.C. After the conference, I stayed a few extra days to explore the many museums and sites around the city. LOAF and I met up on my first day into D.C. We've known each other since the mid-90s but had never met in person before. So after a brief introduction, we got to work going through the Air & Space and American History museums. When we came across this display in the American History museum it seemed only right to take a picture.

As we close out our rerelease of this WC vs History series we extend gratitude and safe travels to all those Wingnuts who stand in harm's way. 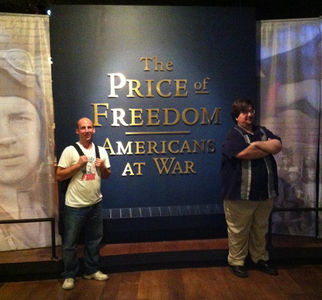