Wing Commander actor Malcolm McDowell finally received his star on the Hollywood Walk of Fame last week. You can find a cool video of the award ceremony here - it's great to hear his characteristic voice! In addition to his past video game performances in Red Alert 3 and Fallout 3, Mr. McDowell will soon be appearing in the theatrical movie release of Silent Hill: Revelation 3D as well as a steady stream of other film and television roles. Congrats Admiral! 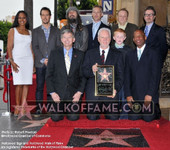 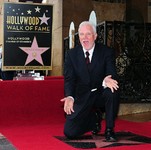