Dauntless and Tiger and Wolfhound... Oh My!

CMDBob has finished his Bengal model, and the results are below. In this case, it really is a Bengal and not just the Tiger's Claw: Bob's rendered two other sister ships with slightly different markings. Like his other designs, the ship has a cartoonish look at first glance, but a closer inspection reveals some wonderful detail. Check out those side launch bays! 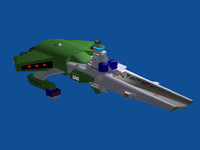 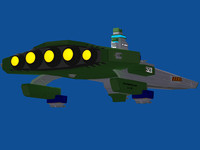 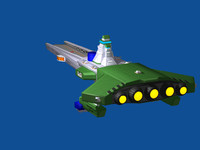 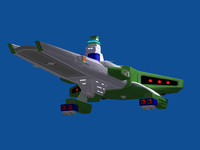 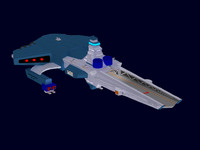 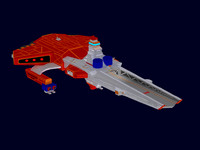 Well, it's been a bit, but here it comes; the Tiger's Claw (and a couple of other Bengals too!)