Tolwyn reports that WC Saga has "finalized" almost all of the game's missions and has started to go back and update the demo that was originally released in 2006. The latest advancements raise hopes that the mod could be released prior to its upcoming eleventh birthday! Two more teaser shots have been released. Although these may appear too dark/light for some viewers, the team has mentioned that ambient light levels will be adjustable in the game. 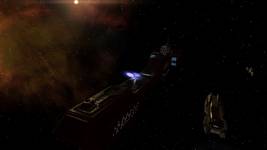 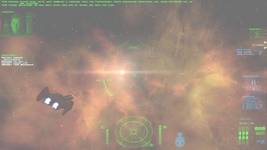 By the end of next week, we will have finalized 48 of the missions from the main campaign, leaving only the final two climactic missions. In addition, we are also remastering and upgrading the original prologue missions to be released as a second, brief campaign as a part of the full Saga package. Beside that, we are finishing working out a few issues with the code, and of course we will resolve any issues that come up as we finalize the missions. We are just as anxious to be finished with the project as you are for us to be finished, but we are making sure to be careful and not take shortcuts on these final missions as we come around the bend on the last stretch to the finish line. So, while we do not yet have an exact release date because we cannot foresee what issues may come up as we make these last missions and code refinements, we are confident in stating that in a matter of weeks, Saga should be ready for launch.

After ten years of work, the end is indeed near!