Sol Exodus is a new space sim in development, and much of its preliminary buzz has been spun around its similarities to Wing Commander. The game is being made in Austin under the creative direction of Chris Stockman of Tachyon the Fringe. The company's marketing contact is also none other than David Swofford, who once served as Origin's dedicated director of communications. Otherwise, the team behind the game is fairly small. There are a few nice touches already apparent, such as Wing Commander-style glass cockpit cracking and sliding-bar HUD indicators similar to WC4. It will be released sometime this year as a downloadable title for PC, and Facebook and Twitter pages for the game were just set up this week. Check out some of the sharp looking trailers and screenshots for an idea of what to expect. 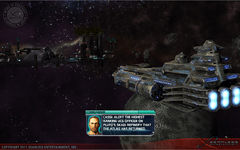 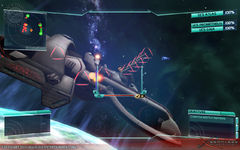 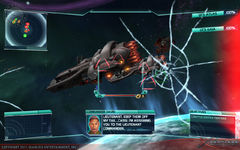 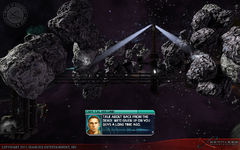 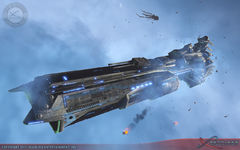 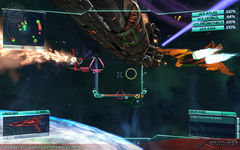 AUSTIN, Texas, July 20, 2011—Seamless Entertainment™, an independent game developer located in Austin, Texas, is setting its sights on re-energizing a faded genre once known for legendary hits like Wing Commander® and FreeSpace™. Seamless unveiled its first trailer today for SOL: Exodus™, the company’s 3D space-action game. The game, currently in development, will be a downloadable title with a planned release later this year. The trailer is currently available at http://www.YouAreSOL.com.

“With SOL: Exodus, players will enjoy gameplay staples of the genre such as dogfighting and engaging giant capital ships,” said Creative Director Stockman. “But we‘ve also introduced some unique special abilities for added mission depth and interactivity. I’ll be talking more about those as we get closer to launching later this year.”

In SOL: Exodus, players will assume the role of fighter pilot in a battle for the survival of the human race, commanding their multi-purpose tactical fighter in battles across the most recognizable landmarks in our Solar System. Together with a squadron of wingmen, they will dogfight in the rings of Saturn, engage enormous capital ships around Neptune, thwart a trap in the chaotic, intense atmosphere of Jupiter, and much more!

“It’s not just a coincidence that this project is coming together in Austin, where the Wing Commander series was born back in the 1990s,” said Studio Director Magaha. “Austin has really become a hub for determined indie developers. I think we’ve got some of that maverick personality in this team; we’re just driven by the goal of making this game great.”