Happy Thanksgiving to our American Pilgrims! Today we're thankful for our visitors from all around the world. Have a great day!

eddieb invites everyone to watch the exciting launch of the Mars Science Laboratory this Saturday, November 26. The event will be live streamed beginning at 4:30 am Eastern US time with the first launch window opening up around 7 am. The MSL craft will also be carrying the Curiosity rover, which eddie programmed the software for. Curiosity will be, by far, the largest, most advanced and most capable expeditionary vehicle on the surface of Mars when it lands next August! 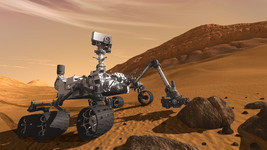 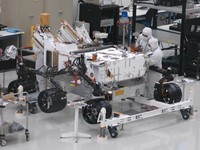 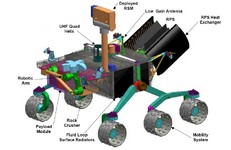 NASA’s Mars Science Laboratory mission is preparing to set down a large, mobile laboratory — the rover Curiosity — using precision landing technology that makes many of Mars’ most intriguing regions viable destinations for the first time. During the 23 months after landing, Curiosity will analyze dozens of samples drilled from rocks or scooped from the ground as it explores with greater range than any previous Mars rover.

Curiosity will carry the most advanced payload of scientific gear ever used on Mars’ surface, a payload more than 10 times as massive as those of earlier Mars rovers. Its assignment: Investigate whether conditions have been favorable for microbial life and for preserving clues in the rocks about possible past life.

The Mars Science Laboratory Mast Camera, mounted at about human-eye height, will image the rover’s surroundings in high-resolution stereo and color, with the capability to take and store high-definition video sequences. It will also be used for viewing materials collected or treated by the arm. The principal investigator is Michael Malin of Malin Space Science Systems.

An instrument named ChemCam will use laser pulses to vaporize thin layers of material from Martian rocks or soil targets up to 7 meters (23 feet) away. It will include both a spectrometer to identify the types of atoms excited by the beam, and a telescope to capture detailed images of the area illuminated by the beam. The laser and telescope sit on the rover’s mast and share with the Mast Camera the role of informing researchers’ choices about which objects in the area make the best targets for approaching to examine with other instruments. Roger Wiens of Los Alamos National Laboratory, Los Alamos, N.M., is the principal investigator.

The rover’s Radiation Assessment Detector will characterize the radiation environment at the surface of Mars. This information is necessary for planning human exploration of Mars and is relevant to assessing the planet’s ability to harbor life. The principal investigator is Donald Hassler of Southwest Research Institute, Boulder, Colo.