WC vs History: Final Frontier of the Tin Can Sailors

The impetus for comparing Wing Commander to the Battle of Leyte Gulf originates with Fleet Action, where the comparison is made directly by one of the book's characters, Commodore Mike Polowski. As Polowski's 3rd Destroyer Squadron is bearing down on the KIS Craxtha, a surviving Hakaga, he comments to his helm officer:

He looked over at his helm officer and smiled.
"Just like the Battle of Leyte Gulf," Mike said.
"I was thinking that," the helm replied "One of my illustrious ancestors commanded a cruiser there. We should have won that day."
Mike nodded.

The destroyers fire their torpedoes and the TCS Roger Young explodes. Polowski realizes there is no hope of survival and orders his ship to follow in the torpedoes and ram the carrier. He asks the crew to abandon ship, but knows the helm and fire control officers must stay aboard:

He looked over at his helm and fire control officers.
"I hate to ask this of you two."
"It's all right, sir," the helm officer said. "This time the family wants to be on the winning side."

The hit cripples the carrier, knocking it out of the fight, embarrassing Thrakhath personally and forcing him limp back to Kilrathi space without recovering many of his fighters. It's one of the battle's great moment, a final self sacrifice that exemplifies the depth of humanity's dedication to protecting the homeworlds. But the question remains... who was Polowski's helm officer's ancestor?

The Japanese order of battle at Leyte Gulf included twenty cruisers, but only eight took part in the Battle off Samar. Polowski an the helm officer are clearly talking about Samar, the equivalent to their situation and the only part of the battle that the Japanese "should have" won. The possibilities are:

The Haguro, a Myōkō-class heavy cruiser commanded by Kaju Sugiura. The ship survived the battle, but as sunk on May 16, 1945 by the Royal Navy during the Battle of the Malacca Strait. Sugiura, still in command, did not survive that battle. 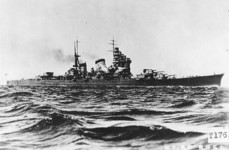 The Chōkai, a Takao-class heavy cruiser commanded by Iyo Tanaka. Chōkai was torpedoed by an American destroyer escort during the battle and then set ablaze by dive bombers. Tanaka was among those rescued by a destroyer, but then died when the rescuing ship itself was sunk two days later. 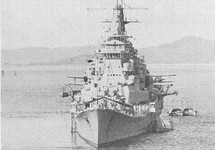 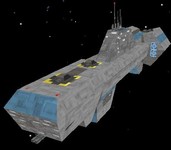 The Kumano, a Mogami-class heavy cruiser commanded by Soichiro Hitomi. Kumano suffered heavy damage during the battle but ultimately survived. She was sunk by aircraft a month later while undergoing repairs at Santa Cruz. 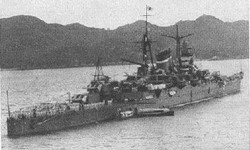 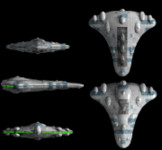 The Suzuya, a Mogami-class heavy cruiser commanded by Masao Teraoka. Suzuya was sunk by American carrier planes, but Teroaka survived the battle. 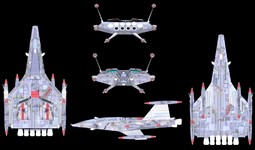 The Tone, a Tone-class heavy cruiser commanded by Haruo Mayuzumi. Tone survived damage from air attacks during the battle and became a training ship. She was sunk in May, 1945. 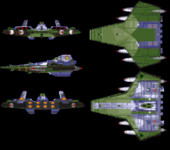 The Chikuma, a Tone-class heavy cruiser commanded by Saiji Norimitsu. Chikuma was sunk by Avenger torpedo bombers during the battle. 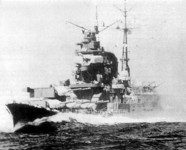 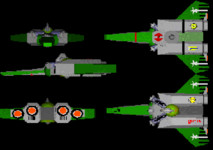 The Noshiro, an Agano-class light cruiser commanded by Sueyoshi Kajiwara. Noshiro was heavily damaged in air attacks and scuttled after the battle. Kajiwara was rescued and survived the sinking. 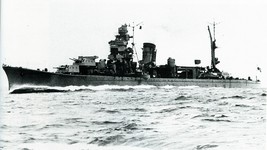 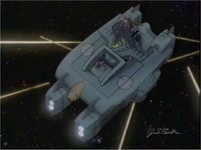 The Yahagi, an Agano-class light cruiser commanded by Matake Yoshimura. Yahagi survived the battle without damage and was ultimately sunk during the final attacks on the Yamato the next year. 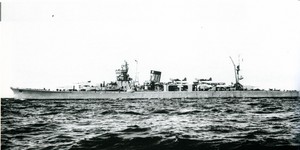