It is a Rapier, Wrapped in a Mission, Inside Enigma

The WC2 Remake has a new name: Enigma 2666. The overall setting is similar, and the updated title is a bit more creative. New shots below show off all of the game's Confed fighters and a cockpit view from the Sabre. Capships have also been implemented, and sharp observers will spot a few unexpected vessels among the fleet. These are slated to show up in a "Special Operations 3" expansion later on. Cloaking has been newly added, and finally, there's an updated shot of the game's intro movie. Find out more at the mod's website here. 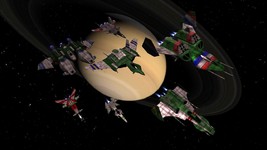 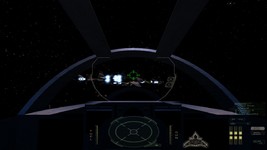 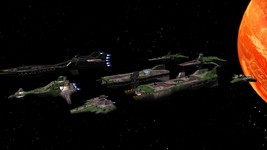 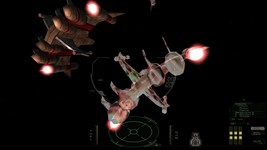 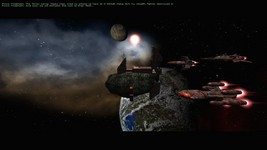 I want to use now several WC1 ships in the [game] too. So here is an update of models we need:

Bloodfang MK1
Fralthi
Ralari
Targu II
Dralthi MK1/2 - Reason: Remember the old dos intro before WC2 was released? I take some lines from that intro and put it into the new one
K'tithrak Mang
Sol Sector Base
Supply Depot (Confed)
Supply Depot (Kilrathi) - in the works by FekLeyrTarg
and several civilian fighters and bases.

Perhaps someone can help us and send meshes.