The WC Saga mod is still refining capships, and they've posted pictures of their "final" Tallahassee cruiser model. The forward gun and missile launchers are now well defined and the entire ship has gotten a texture makeover. Check out more pictures and background info on the ship here. 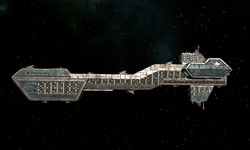 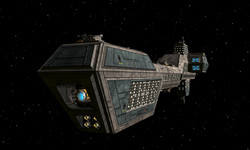 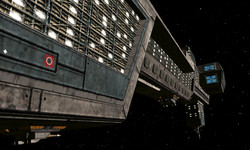 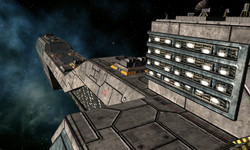 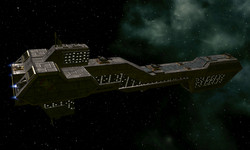 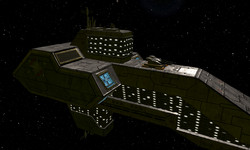 The Saga team is proud to show the final version of the Terran heavy cruiser. The Tallahassee-class is a vessel that has been a staple in the Wing Commander games and a fan favorite. We see one such vessel, the TCS Ajax, serve as an escort for the TCS Victory in Wing Commander 3. One of the staff’s favorite moments during WC3 was when the Ajax fought and destroyed a Kilrathi heavy cruiser in a ship-to-ship battle.

Scene 178, Eisen leaves the Intrepid. These may be incredibly rough sketches but I will say this: Melek never looked better (which is to say that this sketch would have been a better Melek in the game itself).