Astro Commander has taken more photos of the cool miniatures he's gotten made. Most fighters are about 30-40 millimeters long, and the Dreadnought clocks in at a whopping 90 mm. Wingnuts who think these are neat can buy their own at the Dream Foundry store. They're all fit for painting, and that's what Astro is working on next! 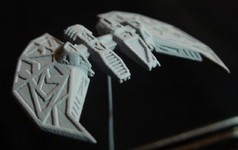 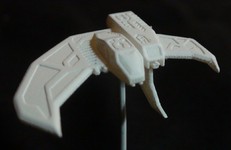 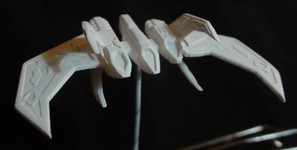 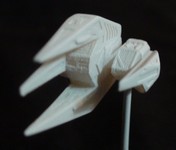 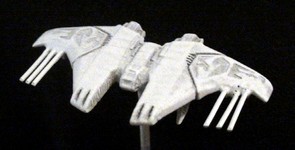 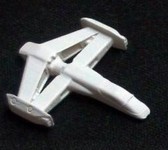 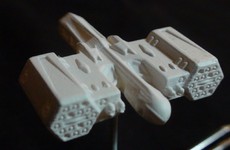 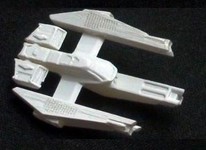 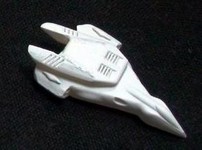 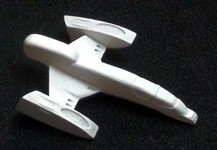 And yes, prices include shipping world wide. However there is a 25 dollar minimum. I've found when ordering through this site it takes 2-3 weeks to receive the models.

Wing Commander Community Recognized by 1UP

1UP.com (now a member of the UGO network after having been spun off from the Electronic Gaming Monthly print magazine) is running a cool feature about their 101 favorite gaming websites. They've narrowed down their "game specific" picks to ten choices, which includes the Wing Commander CIC! Check out their list here. Thanks to Branches for sending this in and 1UP for noticing our thriving community!

...we think you're ready for an amazing revelation: 1UP isn't the only gaming site on the Internet! Yes, it's true. We are but a single square in the vast quilt that is the videogame-obsessed Internet.

Wing Commander CIC: You probably didn't realize that the Wing Commander community is active enough to justify daily news updates, which is why WC CIC exists: to school you.

Scene 72 seems to confirm the fact that Mark Drascos hadn't been cast as Catscratch yet--as the drawn version of the rookie here looks about as far from the finished Catscrach as possible.