Team WCPedia continues to charge ahead with great progress on the Wiki. They even have a new scholarly logo. In addition to the vast amount of categorizing and information collection that they do every day, there's a significant amount of research and investigation to try and sort out the unknown. One such project seeks to break down the composition of the 'grand fleet' in orbit of Kilrah during Wing Commander 3. The team is using the limited resolution pictures available and cross checking different versions of Wing Commander 3 in order to figure out how many dreadnoughts, carriers and so on were part of that last big push towards Earth. Visit Crius.net or #Wingnut if you can help!

In #Wingnut today we decided to try and figure out what we could make out of the Kilrath Grand Fleet that is visible near the end of WC3.

You can see at least 5 dreadnoughts (we have 3 names... and Thrakhath's flagship enters from frame left shortly after these images) and perhaps as many as 10 orbital stations (look directly above the 3 dreadnoughts just to the lower right of center and you can see the first few fairly clearly then the others are on the other side of the frame) around Kilrah.

Anyone want to help break down the images? What is between the dreadnoughts and the orbital stations on the right? To me it looks like the Victory model without a conning tower in Kilrathi colors. As well as the Behemoth looking objects in the lower left...

Here's the link to the vid in the holovids section. 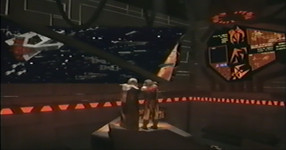 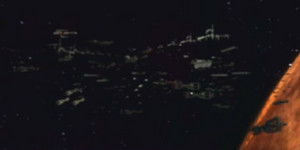