Avacar and the team testing the online version of Wing Commander TacOps have made considerable progress this month. Phase 4, which implements major foundational game coding, is now complete. Other milestones that were planned for later on also had to be finished to get this far, so the next steps will involve coding in a system for players and pilots into the game. A fairly solid playable 'beta' could come as soon as next month. An updated tech demo of the game in its current state can be found here (works best in Firefox or Chrome). 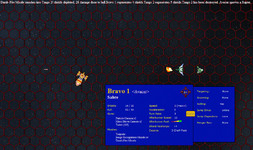 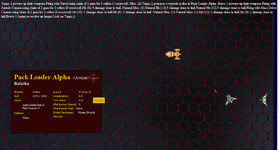 There are a number of cosmetic icons that would significantly improve the look/feel of the game as well. If anyone out there can make or has access to the following, it would be awesome if you sent it our way:

1. A missile schematic to use as a faded background behind the missile targetting options.
2. A schematic of a weapon system (or frankly, just a cool looking circuit) for use behind the standard weapon targetting system.
3. Small icons of missiles, crosshairs, etc. Maybe icons for simple maneuvers (something that looks like an immelman, barrel roll, etc.)