Former Origin producer Warren Spector delivered a keynote address last weekend at the Penny Arcade Expo in Seattle. As part of his presentation, he covered some of his own personal history in the game industry and what got him where he is today. After touching on his Ultima beginnings, Wing Commander pops up on the large screen and receives a rousing round of applause and enthusiasm. AD has posted a video of this part of the keynote here (36 meg avi). The Wing Commander segment is from about 2:45 to 3:45, but the first half of the clip helps to set up the scene. 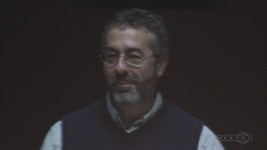 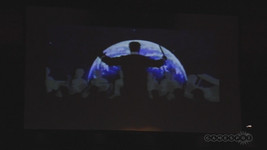 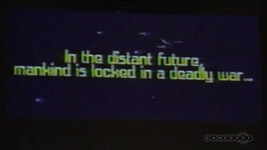 But one memory stands out about that time more than any other... That day when my cousin discovered I was famous was the first time I had an inkling that maybe we might just succeed. So what were we so proud of? [Worlds of Ultima: Martian Dreams plays] But also this... [Origin FX Logo appears and leads into Wing Commander]

"Wing Commander! Not just another flight simulator, but truly a benchmark product in challenging gameplay and cinematic presentation."