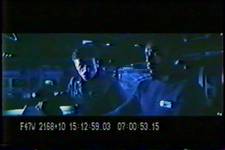 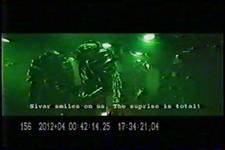 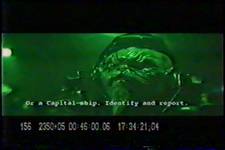 There's more fun space news this week. The US Air Force launched the X-37B space plane yesterday on its first flight. Described by some as a "mystery" ship, the new shuttle is officially tasked with researching a new platform for experiments and reusable spacecraft. The current design can be remotely controlled in orbit for up to nine months and then return to Earth. 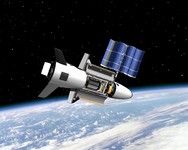 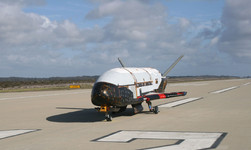 "If these technologies on the vehicle prove to be as good as we estimate, it will make our access to space more responsive, perhaps cheaper, and push us in the vector toward being able to react to warfighter needs more quickly," said Gary Payton, the Air Force deputy undersecretary for space Programs.

"This launch helps ensure that our warfighters will be provided the capabilities they need in the future," said Col. André Lovett, the 45th Space Wing vice commander and launch decision authority for the mission. "The 45th Space Wing (members are) proud to launch this historic mission and continue our commitment to assuring access to the high frontier."