Prelude to the Weekend

There are plenty of new updates on Frontier - Prelude to Darkness this week. Rendering the individual scenes continues to eat up quite a bit of time, especially with a number of new atmospheric shots set to appear in chapter 8. A new ship and character of have also been profiled this week: the Roanoke and Norman Rummel. Visit lew82's site for more. 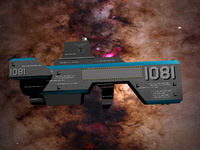 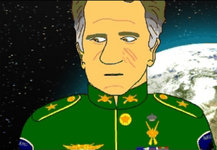 In Part 8 we are going to see the invasion of Toyr’diablo which of course involves the invasion force entering the atmosphere, and of course that means clouds…creating, animating and rendering clouds can be a pretty arduous task, not so much the creating and animating, but the rendering is astonishing depending how big your clouds get. One 200 frame (roughly 8 seconds long) shot took 16 hours to render – crazy huh?

The US Air Force's Airborne Laser platform successfully destroyed a ballistic missile this morning. It's the first time that a high-energy laser weapon has destroyed a target in flight, and the first time that any defensive system has destroyed a ballistic missile during the boost phase of flight. The laser weapon was developed by Northrop Grumman, the beam & fire control system by Lockheed Martin and the aircraft & integrated system by Boeing. The beam is emitted from the world's largest turret assembly, which is mounted at the nose of a modified 747. Last night's test was conducted off the coast of California. Although initially designed as a defensive system, the ABL, Advanced Tactical Laser and Laser Avenger are proving the concept and effectiveness of directed energy weapons. Check out more pictures and video here. 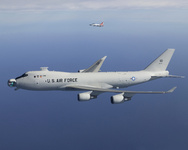 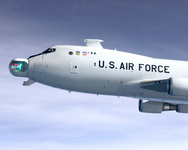 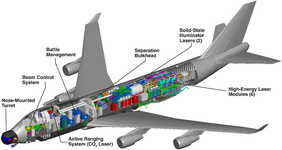 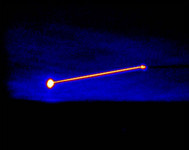 "With this successful experiment, the Airborne Laser Testbed has blazed a path for a new generation of high-energy, ultra-precision weaponry. ALTB technology and future directed-energy platforms will transform how the United States defends itself and its friends and allies. Having the capability to precisely project force, in a measured way, at the speed of light, will save lives."