-danr- has released a cool tweak to Wing Commander Standoff. He's modified the guns on the Hornet and Raptor to fire more centrally clustered rounds. The base configuration in Standoff positions the gun blasts far apart due to the physically wide space between gun mounts on these craft. dan's patch adjusts physics a little bit, but makes the weapons perform a little more similarly to how they did in Wing Commander 1. Download the patch here. Instructions are below (and included).

Modified Hornet and Raptor gun package is now available for download. Very easy to add to your existing Standoff install, it fixes standard wide gun spacing, to allow for a weapon spread similar to WC1 dimensions.

For more background on this project, please see the original thread. 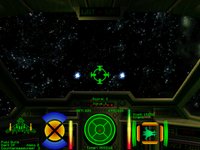 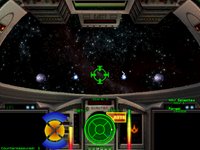 Develop has posted another interview with Warren Spector. The primary topic is his involvement with Disney's Epic, but there's also some back story on how he got into computer gaming at Origin and how he eventually sold Junction Point to work with Mickey Mouse. Check out the full article here.

You’ve mentioned to us previously that you quite wanted to be an Imagineer [the division of Disney that designs rides for its theme parks].

I started out doing table top games doing Steve Jackson games in 1983, and in 1987 I went to TSR working on Dungeons and Dragons. There was a moment in 1988 when I was sat at my desk in TSR and we were starting to think about the next game system and the rules we were going to build, and I realised I had to do something else.

I knew it was going to be one of two things: either electronic games or an Imagineer. I talked to folks at Imagineering, I made it through two rounds of phone interviews, but Orgin made me an offer before the Imagineering guys could decide if they wanted me. Luckily Origin was a place where we created worlds, so it was almost like Imagineering in a way.