Electronic Arts would like you to revisit Ultima Online -- and they'll give you half a month to do it. From now through October 16th, former UO players can log back into the game and play for free. Has Ultima Online changed? It has been expanded and layered upon over the last decade... but, to EA's credit, I can log back on every few years and find my neon yellow fisherman waiting to be killed by llama. That's some dedication to data preservation, at the very least. Here's the press release:

September 28, 2009 - FAIRFAX, Va. - Mythic Entertainment, an Electronic Arts Inc. (NASDAQ: ERTS) studio, today announced the Return to Britannia Campaign in celebration of the 12-year anniversary of Ultima Online (UO). As part of the Return to Britannia Campaign, all former players are being welcomed back to UO, one of the longest-running MMORPGs in history, for unlimited free game play through October 16th. Closed accounts in good standing have been re-activated, and former players can log back into the game using their original user name and passwords.

New content available to returning players through the Return to Britannia Campaign includes Mondain's Legacy, the 7th UO expansion which introduced the playable Elven race and dangerous, new dungeons to explore. Mondain's Legacy was made available at no charge in August 2009 to existing subscribers and to new players as part of the Ultima Online 14-day free trial.

"We're hoping that, as part of the Return to Britannia Campaign, former players will once again rediscover the joys of Ultima Online," said Jeff Hickman, Executive Producer for Mythic Entertainment. "UO was the first love of many MMORPG players, and it still holds a special place in their hearts after 12 glorious years. I think returning players will be pleasantly surprised to find a thriving and vibrant community from around the world ready to welcome back their former compatriots and include them in their ongoing adventures."

Players returning to Ultima Online through the Return to Britannia Campaign can download and install the UO client for free at: http://www.uoherald.com/trial/. Players who no longer have access to their Ultima Online username and password can retrieve their account information at: http://support.ea.com.

Ultima Online: Stygian Abyss, the 8th expansion was released earlier this month and revolves around the introduction of the playable Gargoyle race. Players will also find expansive new areas to explore, including Ter Mur, the Gargoyle homeland, and the Stygian Abyss – the largest dungeon area ever introduced to Ultima Online. This sprawling dungeon contains new boss monsters of unparalleled difficulty, including the Medusa, Primeval Lich and the Stygian Dragon, as well as Player vs. Player zones where adventurers are turned against one another. Ultima Online: Stygian Abyss is now available at UOGamesCodes.com and the EA STORE for $29.99. 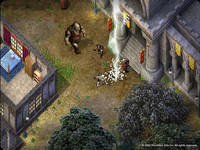 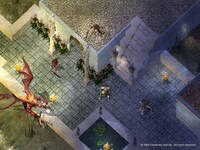 Today we feature the original form of the famous 'Blue Horizon' lost fiction. The odd thing isn't so much the content of the document itself, which was posted over ten years ago, but the context -- it's included with the other fiction files, but with a file name distinct from all the others (which specify week/placement/etc.). Could this be why it didn't end up at the finished website?