Howard Day has another marvelous Broadsword paint scheme to unveil. This one is a World War 2 themed retro design. There's a special LOAF nose art and kill markings on the hull, and don't miss the Confed star in place of the five-point in some of the shots. 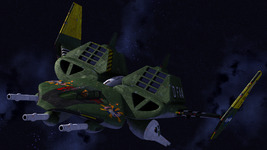 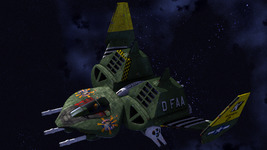 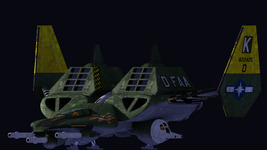 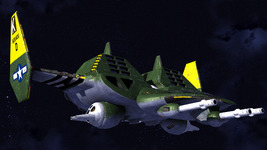 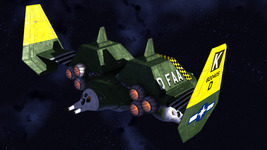 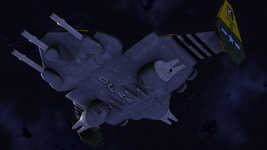 We're moving on from Wing Commander Prophecy to a limited amount of material from its sequel, Wing Commander Secret Ops. Primarily, we'll be looking at draft and collected versions of the famous web fiction -- but there will be some other treats included. This document is an earlier version of all Captain Murkins' (known here as Captain [Name]) 'pre-series' reports. The most interesting thing is that they seem to have been originally developed as something much more interactive; some of the later updates include optional text that would be displayed depending on overall performance rather than just whether or not the previous series was won.