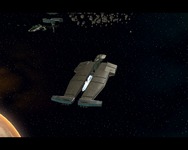 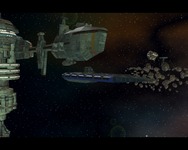 Here's another unique shot from the Wing Commander Collateral Damage mod. Since the game is designed as a bridge between Secret Ops and Arena, JasonRocZ has begun a Nephilim Puffer model. It's likely to be revised shortly, but here's the first cut. 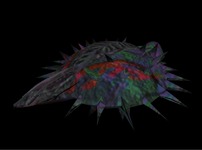