The nameless battleship (now the Artemis) is on full display at the forums, thanks to JasonRocZ! The ship was created for the Collateral Damage Secret Ops mod. Looks pretty powerful! I like the WC1/2-style green elements and the Arena-inspired nubs on the sides of the hull: 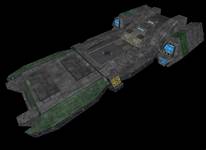 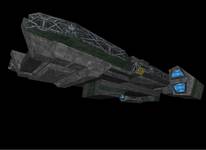 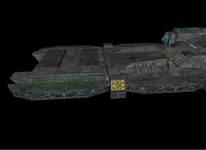 You can find more pictures here.

Hows about one more script? This is Wing Commander Prophecy's shooting script - the version filmed for the actual game. It's dated April 30, 1997 and you will notice that it's a lot shorter than any of the earlier outlines. Part of the 140 missing pages are the mission outlines - but others are content that was deemed too expensive or too elaborate for the project at this point.