Kevin Caccamo has created a new custom mission for the WC Saga Prologue. Just unzip this file (1.5 meg zip) into your Prologue directory and select "Convoy Intercept" from the game's campaign select screen. As an extra bonus, the game has you flying a SWC/WC Arena style Rapier II, which is included in the download pack. The ship's model was designed by Eder, uses Origin textures, includes new specular maps and carries guns featured in Gemini Gold. If you encounter any technical issues, Kevin's first suggestion is to make sure you have updated graphics drivers. You can also find additional custom missions here and a WC4-themed campaign here. 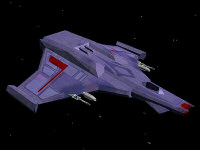 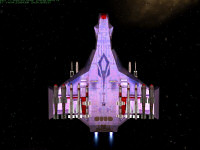 I have promised you that a new custom mission would coming out soon, and here it is! I have logged many, many flight hours playtesting, troubleshooting and revising this mission for people who enjoy playing this standalone mod for Freespace 2.

In your Rapier II, you will hunt down a convoy carrying vital supplies for another Kilrathi capship in this system. But, is the convoy you are hunting down really just a convoy? Play it and find out.

Hopefully, this mission is bugless and will inspire more people to use FRED to create their own custom missions for WC Saga.

Happy New Year - and welcome to Vol. III of Point of Origin. This year starts similar to the last... with Strike Commander, two Ultima titles and Privateer in development. 1993 is the year that these games all finally make it out, though, so things should get more interesting. In other major news, Origin has now moved to the new building and is apparently dealing with a touchy new network setup.