Not content to simply capture one, Fistius is building his own Thrakhra-class ComCon (for the unfamiliar, that's the impressive Kilrathi communications ship seen towards the end of the Wing Commander movie)! He says: "Its early days at the moment. The finished model will be about 35cm long and will be 1/1400 scale... My references are the movie and the Confed Handbook. Oh and yes, that is a Lego dish, one of 3 Lego bits used so far!" I can't wait to see more! 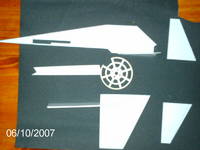 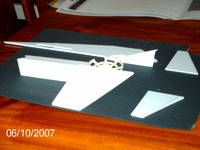 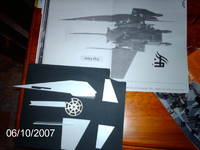 This is part nine of our series highlighting archived copies of Point of Origin, Origin Systems' internal newsletter. It's December 20, 1991 and this is the last issue of the year. What kind of year will 1992 be for Wing Commander? The only game scheduled in Special Operations 2 - but a host of ports, updated and licensed versions are also in the works...