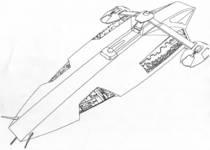 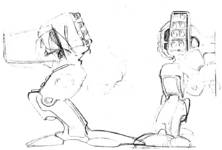 To CD or Not To CD

Following yesterday's EATrax announcement, LeHah decided to check with The Fatman about his long-rumored Wing Commander album. The good news is that it's still in the works! Here's the report from the man himself:

Thanks for the reminder!

If I'm not mistaken, our plan changed slightly in light of the fact that Dave's been quite busy with police work.

Our plan, I think, is at present, to go back to the idea of releasing the album as it sounded on the game--all MT-32 (with a little boost from Sound Canvas in MT-32 mode). The twist is that we'd release it both as a CD and as files on AmieStreet.

I'll double-check with Linda and see if that's what we landed on.

In the meantime, please do feel free to enjoy our other stuff here:

Invite the guys to try it out and let me know if you think that would be a suitable outlet through which your group would enjoy getting their music.