News Travels Fast On This Tub

Excited about more handheld Wing Commander? So are a lot of people -- Kris has collected articles from all around the world about the news. To recap, several retailers are have begun listing "EA Replay," a PSP game that includes fourteen classic console ports... including Wing Commander and The Secret Missions. It's scheduled for an October 3rd release. Here's the word:

Finally, for those who've asked, the screenshots we've attached are not of this new release -- they're simply Wing Commander I still pictures displayed on a PSP. It's really a versatile little machine... 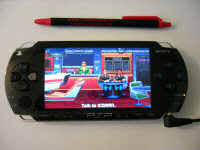 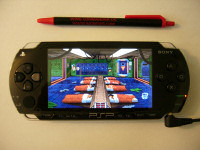