Wing Commander in a Jar

AKAImBatman has taken HCl's old ship viewer tool for Wing Commander 1, ported it to the newer Java platform and added a bunch of features: 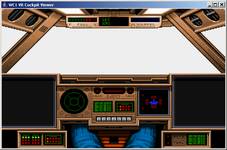 You need to have the Java Runtime Environment installed for this to work. The latest version and detailed information on how to run the program (and it's actually more straightforward than it may seem if you've never run a Java application before) can be found on the project's website. You can download version 0.2 of the program here. The source code is available if you want to make some changes or if you're interested in how these things work.

I saw today's space sim over at JoystickRequired. This one goes by the name of Evochron and is made by the creators of Star Wraith. Like many of the most recent space sims, the game follows in the path of Elite and Privateer. Evochron is set entirely in first person with economic transactions and gameplay handled from the cockpit. Players can choose between a Newtonian space flight model or a traditional Wing Commander atmospheric based flight mode. The developers boast about the real time nature of the game, and your ship can even be attacked while docked at a station. The game looks fairly good and packs in at a compact 20 megabytes. You can download the game in trial form and unlock the full version for $24.99. There is even an addition to create your own space systems full of custom objects and places.

Survival in the systems of Evochron requires a mix of wealth, power, skill, loyalty, knowledge, and exploration. Acting as a mercenary gives you the freedom to do what you want, but with greater freedom comes greater responsibility. You can fight, steal, mine, trade, explore, transport, and manage resources in your quest to achieve ultimate wealth and power. Just keep in mind, loyalty runs deep and if you make too many enemies, it's your survival that's affected. Fight wisely, form alliances, and use your wealth carefully as you progress through the numerous systems of Evochron.

The full version has multiplayer seamlessly integrated into the single player world, and a new revision of the game with various improvements was just released this week. The trial is a small download and gives players a good taste of the game, so it's definitely worth a try. 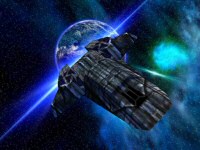 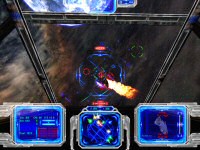 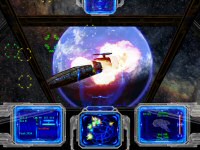 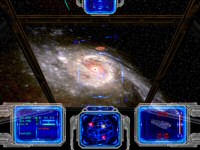