Apparently WC Saga's old Thunderbolt model sucked, so Lynx and Lars put together a brand new one. This is the first in a series of upgraded fighter models that will be included in the final Freespace mod. It looks pretty slick, as usual. 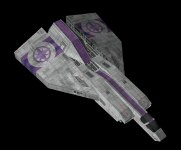 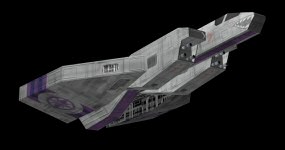 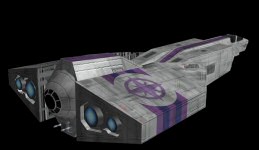 You can find more shots in the Joan's Fighting Ships area of Fleet Tactics and feel free to provide some feedback here.

Lenny Raposo from the web based WC RPG Galaxy At War has sent a few more pictures that show some features that the upcoming game will have. Many people originally had questions about how ships and such would be simulated in the universe. The first screenshot below gives an example of this.

I have been able to port over most of the stable code thus far without any problems. This screenshot will show the Local Map navigation view. Here you can see within short range sensors what is out there like planets, other ships, mines, starbases, tech dealers etc.

This should be fun when it's ready.

I found the monsters. 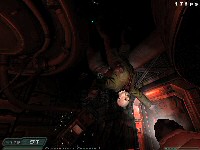 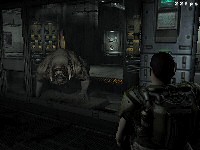 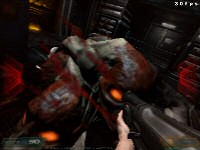 And they're very very scary. :(