An anonymous tipster noticed that Amazon has a little picture for the new Freelancer soundtrack that has been released. They don't have the actual item in stock, but the previously mentioned Best Buy link does for $12.99. I don't recall Freelancer's music as being super memorable, but it's nice that it apparently was popular enough to create this addon package. Freelancer was one of our best recent shots at having a real popular space sim. Amazon is listing the game itself for the amazing price of $16.99 here. It's definitely worth it at that price. That's less than I paid for the Strategy Guide! 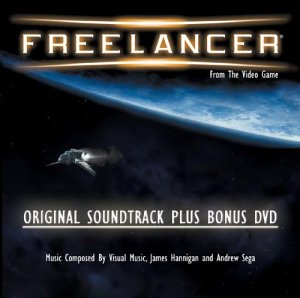 Today in the US and many places around the world, the Christmas shopping season begins with a bang. I and many wingnuts will be venturing out today to brave both sides of the retail counter. Several places have some cool GBA deals if you've been waiting for the right opportunity to slide into Prophecy Advance. Toys R Us and Amazon have a limited edition exclusive Starlight Gold GBA SP bundle available beginning now. For the regular MSRP of $99.99, you can pick up this SP plus Mario Advance 4. That's a pretty killer deal. Target in the US and Zellers in Canada also have a similar deal on a limited edition Lime Green SP. If you're interesting in playing Mario Kart with us in #Wingnut, Walmart will also begin selling a $79 GameCube bundle with a special Zelda disc today.