A couple of days ago, we reported on a new Macross mod for Secret Ops that is in the works. Now over at the forums, Blackwolf has released a new screenshot showing off one of the mod's ships. It's not the first screenshot featuring this ship, but it's the clearest one yet. You can see the uncropped version or comment on the project in this thread. 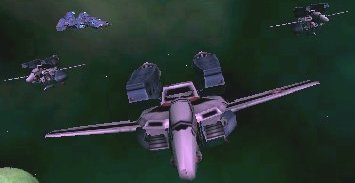