Serca is the most recently colonized planetoid in the Tri-System. Not much is located on the planet now, but many believe its mineral resources will outlast those of other mining planets, making it the powerhouse of the future. 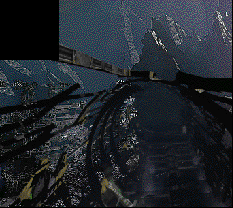 BACKGROUND:
Serca was only settled 10 years ago, when, after a long period of prospecting, a deep cache of mineral ores was discovered. The ores are of a high quality, making the mining operations on Serca profitable, but as yet the full potential of the planet has not been developed. Prospectors believe that there are many more deep caches in Serca's crust, and some even say that the geology in places is very similar to the planet Corinthias where the Cerulean Gemstones were discovered.