The mineral riches of Ostinia have brought increased piracy to areas around it. CIS outposts now patrol this planet's local space regularly in an effort to reduce attacks. 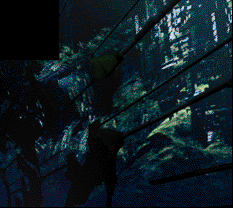 BACKGROUND:
Ostinia is another planet which owes its commercial existence to its abundance of mineral wealth. Crime on this planet is higher than most, and in the last few years there has been an increase of pirate activity in the surrounding areas. Because of this you can usually find a CIS task fleet situated in nearby sectors, in case a quick military response is needed.