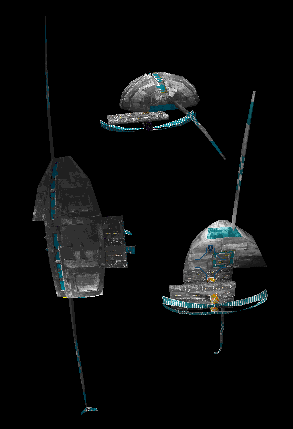 Draknor is the ‘home base’ of the Chirichan pirate clan. The station was originally a civilian space station, built at a critical point on the Erie Charnel Trail. A jump gate bypass averted traffic away from Draknor, which left it practically abandoned. The Chirichan pirate clan moved in and has held control of the station ever since. In 2790 the CIS infiltrated Draknor with a covert operative, who collected a large amount of data from the space station. Draknor is located at Nav. 153 in the Tri-System.

It was inevitable, really, that Draknor would become a pirate base. It had always been a linchpin jump point on the Erie Charnel Trail, until plans for the Jump Gate bypass got underway, shifting merchant routes and leaving Kastagan to molder into dust. But what was bad for business provided fortuitous for the Chirichans, who had been wandering around homeless for decades. The abandoned station was a dream come true, and they have been doing a thriving business there ever since.