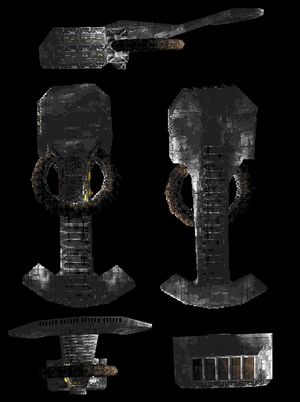 Commodity Stations are merchant cities in space, massive storage bases where goods are bought and sold en-masse. They are designed to accommodate many merchant transports at once, but there isn’t much on these bases for practicing mercenaries. Commodity Stations have been in service since before 2770, and are still produced. The latest is CS Pletirat. There are four Commodity Stations in the Tri-System: CS: Dexros (Nav 155), CS: Lironas (Nav 133), CS: Pletirat (Nav 142) and CS: Reva (Nav 136). CS Reva is notable because it has the universe’s largest colony of three-tailed rats: more than a million of the animals patrol the base for intra-structural vermin and biological refuse.

Need to move goods fast without going planet-side? These outposts are the place for you.

The following 4 pages are in this category, out of 4 total.