Major Payne has posted new screenshots and provided greater detail about the Galactic Conquest mode in his WC Invasion mod for Star Wars Empire at War. All of this is in preparation for a Wing Commander scenario that takes place in our local solar sytem. EAW owners can play the mod as it exists so far here. 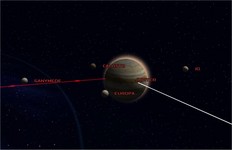 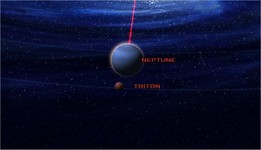 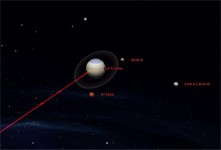 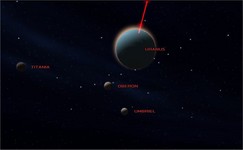 Before I get to the eye candy at the bottom, who knows what the Galactic Conquest mode of play is? It's the mode of the game that allows you to try to take over the galaxy. It is played as a three tier level of play:

Tier one: This is the main galactic map overview. In the stock game it shows a certain amount of planets and each planet represents a star system. The player must attempt to capture/conquer all the planets that they are presented with.

Tier two: If an enemy fleet is already in control of a particular planet you first need to mount an assault in tactical space combat.

Tier three: In the stock game enemy units will almost certainly have control of the planet surface, so this is where the ground tactical combat comes into play.

My mod has removed ground combat completely, so I'm having to rely on space based combat as my "talking" point. For this reason I'm being as creative as possible with the GC portion of the game. From my past updates people will know that I'm in the process of putting together a custom GC based around our own solar system (it's sort of a "what if....." scenario). Currently the contents is as follows:

Now I realise that Jupiter and Saturn have a substantial amount of moons, but due to limited space I really needed to pick only the better known ones. Jupiter has the most with 4 for this GC. However, it's not finished. I'm also including at least 12 locations to represent the inner asteroid belt, four sections of the Kuiper Belt, several of the dwarf planets (such as Pluto) and a couple of other areas. Now I understand that there will be a few who won't like the scale of this but this is an unfortunate problem with the game engine itself. However, it looks pretty good so far and functions well. Anyway, that's it for the time being.