We've done you all a great disservice by failing to report on some of the great work that the Wing Commander Saga mod team has been announcing - so we're going to catch up with their updates in a series of four posts! Below are two of their retextured ships, which are designed to "capture the general emotional feel of this period of the war: gritty and battleworn." For those who aren't so good with their silhouettes, that's a mercenary Demon (from Privateer) and a pirate Talon (from Wing Commander IV). 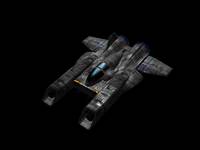 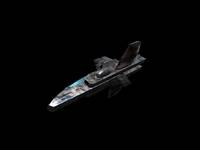