Talon With Which to Catch its Prey

There's good news and bad news out of the Wing Commander Standoff mod team. In a recent news update they've officially announced that the final episode of the mod will not be out in 2008... but it is close (bonus good news: they will be updating their site more frequently in the coming weeks)! Here's the status report:

On the progress page, you can see that the cutscene/briefing voiceovers have turned blue, and "additional videos" has turned green. "Additional graphics" remain green, but they're very, very close to blue - they should be greenish blue, really. I've just finished the very last of the cockpits - every flyable ship now has a cockpit. So, if you've ever wanted to see the inside of a Talon, head on over to the screenshots page. Also, a few more ships have appeared on the progress page, and immediately went blue - these are the very, very final additions to Standoff, though. These new ships include the Salthi, Dralthi and Bloodfang. These ships aren't really slated to appear in the campaign, but the Dralthi and Salthi at least will show up in sim missions. And of course, like any other ship, you'll be able to admire them in the in-game ship database (...and the website's ships page too, when I have a spare moment to update it).

Missions are making progress too - Pierre has recently been concentrating on scoreboard integration in the remaining six missions, while Quarto and Pedro are currently working on the winning path missions. Altogether, there are still four missions that have not yet been started, but next week that number should drop down to three. 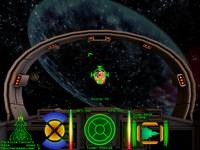 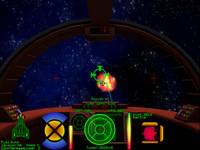