Here There Be Goblins

Howard Day (of Pioneer fame) has taken a moment to create something cool! I'll let him explain exactly what it is:

I honestly couldn't help myself. The concept art by Feng was just too good...

Anyhow, it's not done yet, obviously - the whole back end hasn't got any details yet, and the underside of what I'm calling the "weapon pod" is also lacking in any great detail. No textures.

I did take some liberties with the "bussard collectors" as it seemed like they were a staple of all the fighters in the Prophecy stable and it felt odd to leave them out of a fighter from a similar era. As this is a WCP era fighter, the missiles are launched from tubes. You can see all 6 tubes - four on the wings are for conventional missiles, while the two large ones in the pod are for torpedoes. Top Wing guns are Lasers, and the two Pod guns are Tachyon Cannons.

Howard has tentatively named the fighter the Goblin. Here's Feng's original artwork as a reminder and comparison: 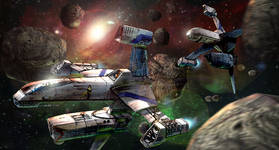 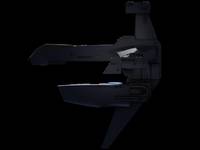 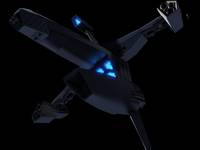 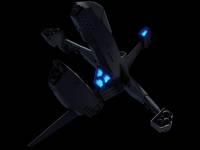 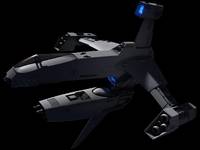 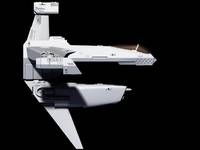 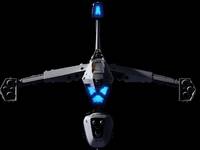 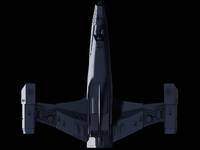