Then What Didn't Happen?

After the Maverick Team finished with Secret Ops, several projects were considered and even worked on - Strike Team, Privateer Online... Privateer Online again. Thanks to the Mythic project, we've learned about another one: Shadow Force, a followup to Secret Ops which would have put the player in charge of a team of mercenaries charged with impossible missions. Sound interesting? Then you'll want to read the entire original design document, available for download here (58 mb PDF)! 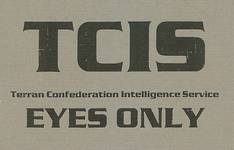